When people are allergic to certain foods, they often become very ill after consuming them. It is not always easy to determine exactly which types of food a person is allergic to. This often requires numerous tests before the foods that trigger the allergic reaction can be pinpointed. These are some of the different tests allergists commonly perform to diagnose food allergies.

Blood tests are done to detect antibodies of certain foods that remain undigested in the body. These tests will show the antibodies of each food that remains in the body's system so the allergist will have an idea of which foods he may need to test for.

Blood tests may not tell the allergist upfront what foods caused the allergic reaction, but these tests will help him narrow down which foods were recently consumed so that he knows what food allergens to use when further tests are performed.

Skin prick tests are done by putting a small drop of certain food allergen solutions on the back or forearm of the patient. Then a small needle-like instrument is used to prick the skin by scratching it lightly where the solution drop is applied.

If the person is allergic to a particular food, a tiny rash will appear within a few minutes. This rash looks like a red wheel-shaped blotch that only appears where the skin was pricked. Often the allergist will do several skin pricks on the patient at one time to determine if he is allergic to more than one type of food.

If the allergist suspects certain foods are causing the allergic reaction, he may have the patient eliminate those foods out of his diet for a few weeks. For instance, if he suspects a dairy or nut allergy, the patient may need to avoid all dairy products and nuts for a certain period of time. If the symptoms disappear, this is a good indication that the patient is allergic to the eliminated foods.

Allergists may also use an oral food challenge to determine which foods a patient is allergic to. This involves feeding the patient measured amounts of certain foods that are suspected to cause an allergic reaction. The amounts of food are gradually increased to see if the person begins to experience allergic symptoms.

The patient is watched closely while this test is performed. If allergic symptoms begin, the test will stop and the food allergy can be determined. If no symptoms occur after consuming a predetermined amount of the specific food, this food can be ruled out as something the patient can consume safely.

Many of the common symptoms of food allergies include hives or severe rashes on the skin, vomiting and diarrhea, nausea and stomach pain and irritation of the eyes, nose and ears. Severe allergic reactions can even be life threatening. If swelling of the lips, tongue or throat, shortness of breath, chest pain, low blood pressure or low pulse occur, it is very important to seek medical help right away. Contact a business, such as Allergy Asthma & Immunology Center, for more information on allergy testing. 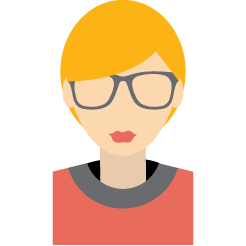